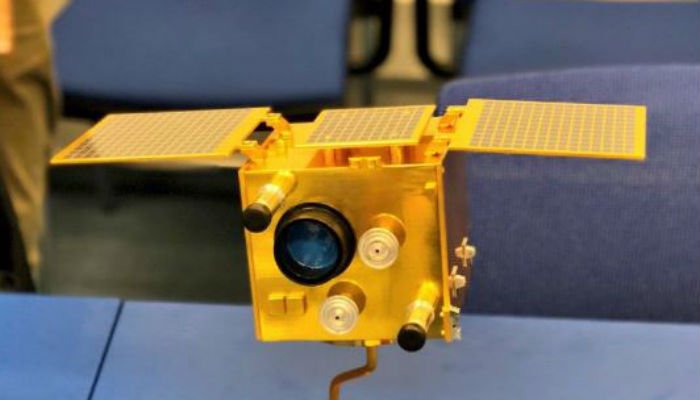 BEIJING: China launched the Long March 2C rocket, which was carrying two Pakistan remote sensing satellites into the orbit, from the Jiuquan Satellite Launch Centre at 11:56am Monday.

A scientific experiment satellite, PakTES-1A, developed by Pakistan, was sent into orbit via the same rocket.

The Pakistan Remote Sensing Double Star will be mainly used in Pakistan for land resources survey, evaluation, dynamic monitoring and management, resource utilisation, environmental disaster monitoring, agricultural survey, and urban construction. It will play a positive role in the development of Pakistan’s economy and improve the lives of people. Alongside, it will also provide space remote sensing information services for the China-Pakistan Economic Corridor, which is flagship project of Belt and Road Initiative.

The satellite, which has a designed life of seven years, is equipped with two panchromatic/multispectral cameras, with a resolution up to a meter and a coverage range of 60 km.

Designers say the two cameras are among the best exported remote sensing cameras made by China. They can be used to monitor plant diseases and pests.

The launch of the rockets marks yet another space cooperation between China and Pakistan since the launch of PAKSAT-1R, a communication satellite, in August 2011.

It is also the first international commercial launch for a Long March-2C rocket within nearly two decades after it carried Motorola’s Iridium satellites into orbit in 1999.

According to Xu Qin, deputy chief designer of the Changjiu Rocket, with the continuous development of China’s remote sensing satellite technology. In May 2016, China and Pakistan had signed a contract for the Pakistan Remote Sensing Double Star Project, and China took the whole star export as an opportunity in the project.

The use of remote sensing satellites independently developed by China has promoted the return of long-two-propane rockets to the international market.

“Before the launch, our model team and the Pakistani side had conducted many communication and coordination, stepped down and batched the task requirements, and provided thoughtful and watchful service, which was highly praised by the Pakistani side”, Guo Wu, deputy commander of the March 2 C rocket added.