Germany getting 78% from RE 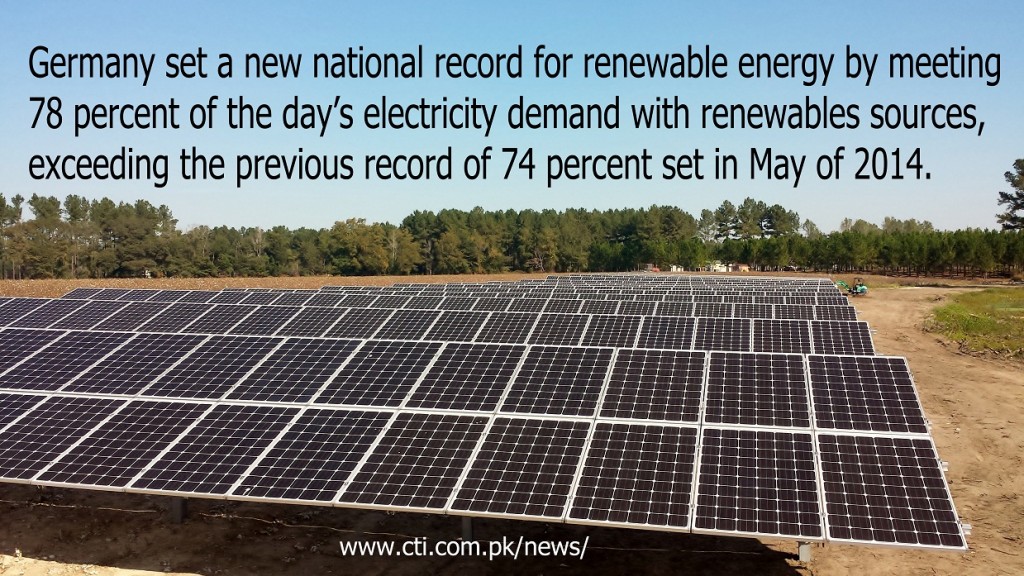 Germany set a new national record for renewable energy by meeting 78 percent of the day’s electricity demand with renewables sources, exceeding the previous record of 74 percent set in May of 2014.

According to an analysis by German energy expert Craig Morris at the Energiewende blog, a stormy day across northern Europe combined with sunny conditions in southern Germany led to the new record, the exact figures of which are still preliminary. Morris writes that most of Germany’s wind turbines are installed in the north and most of its solar panels are in the south.

If the figures hold, it will turn out that wind and solar generated 40.65 gigawatts (GW) of power on July 25. When this is combined with other forms of renewables, including 4.85 GW from biomass and 2.4 GW from hydropower, the total reaches 47.9 GW of renewable power — occurring at a time when peak power demand was 61.1 GW on Saturday afternoon.

I just wanted to develop a remark to be able to say thanks to you for these fabulous items you are giving on this website. My prolonged internet look up has now been honored with reliable details to go over with my neighbours. I ‘d admit that we site visitors are quite blessed to dwell in a fabulous community with many brilliant people with insightful points. I feel very happy to have used your website and look forward to some more brilliant times reading here. Thanks a lot again for everything.